A symphonic poem or tone poem is a musical work in a single continuous movement but for an entire symphony orchestral with a title that suggests a storyline or mood. Basically, one of the purposes of tone poems is exactly to compress several movements into one only , it may stand on its own, or it can be part of a series combined into a symphonic suite, it can also be part of a group of interrelated works.

Symphonic poem was  an invention of the Romantic era, it illustrates or evokes the content of a poem, story, painting, landscape, or other (non-musical) source where a composer can tell stories and express emotions with music. It is a union of music and drama that inspires listeners to imagine scenes, or specific ideas.

Who was symphonic poem inventor?

The German term “Tondichtung” (tone poem) appears to have been first used by the composer Carl Loewe in 1828. The Hungarian composer Franz Liszt first applied the term Symphonische Dichtung to his 13 works in this vein using various subjects as inspiration, so Liszt was the originator of the Symphonic Poem.

Well, we can say: symphonic poem meaning is a musical realizing of a “literary principle”, it gave more creative freedom to composers, as it focused more on extra-musical perceptions than on the formal rules that were the basis of a symphony.

Below, we provided a selection of best tone poems that drew inspiration from countless sources: Folk tales, history, paintings .They will give you an general idea about symphonic poems and popular artists in these field.

1- Rachmaninoff: The Isle of the Dead

One of symphony poems from Russia comes from composer Sergei Rachmaninoff under the title “The Isle of the Dead, Op. 29”. This fabulous tone poem is considered a classic example of Russian late-Romanticism at the beginning of the 20th century.

This poem was inspired by Arnold Bِcklin’s painting with the same name, where you can can see a boat slowly making its way to the mysterious island. Rachmaninoff saw Bِcklin’s painting in Paris in 1907. He was disappointed by the original painting when he later saw it, saying, “If I had seen first the original, I, probably, would have not written my Isle of the Dead. I like it in black and white”.

Rachmaninoff concluded the composition while staying in Dresden in 1908. in this spooky piece, the music transports our immortal souls to the edge of the underworld. He foresaw the upcoming war and other negative historical events using his destructively powerful music. There are a lot of hidden signs in his music. 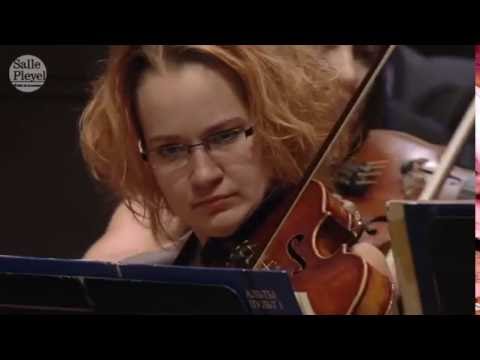 One of Claude Debussy’s most famous works and is considered a turning point in the history of music, composed in 1894.

Debussy used to visit museums and painting exhibitions and was attached to many styles of painting, from Thaulow to Monet, from Degas to Turner, He was art lover, So this masterpiece encompasses a variety of styles which include, Fauvism, Baroque Bologna, Baroque Roma, Salon Landscape, Impressionism, Neo-Impressionism, Realism, Symbolism, Allegorical Historic.

The composition (known in English as “Prelude to the Afternoon of a Faun”) was inspired by the poem L’après-midi d’un faune by Stéphane Mallarmé.

Debussy’s work later provided the basis for the ballet Afternoon of a Faun choreographed by Vaslav Nijinsky and a later version by Jerome Robbins.

French composer Pierre Boulez considered the score to be the beginning of modern music, observing that “the flute of the faun brought new breath to the art of music”

Maurice Ravel said about this symphonic poem music: “If there is music to be heard at the Gates of Paradise, it is this.”

(Fun note: Debussy himself is playing the flute in the video! .. Just kidding, of course Debussy died in 1918 but the flute player in the video below looks like Debussy) 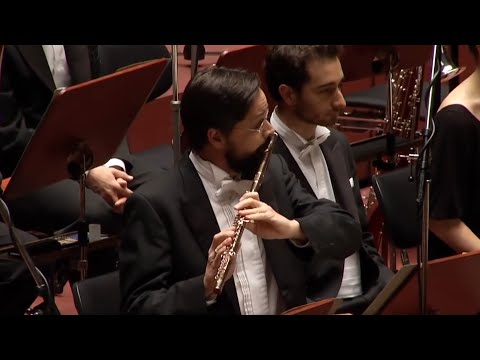 “Finlandia, Op. 26” is a symphonic poem by the Finnish composer Jean Sibelius, one of the great late-Romantic composers, who single handedly placed Finland on the musical map. And there’s nothing more Finnish than Sibelius Finlandia.

Composer Jean Sibelius originally wrote this poem for a scenic piece called Finland Awakes in 1899 . It was composed for the Press Celebrations of 1899, a covert protest against increasing censorship from the Russian Empire, as the last of seven pieces based on Finnish writer Zachria Topelius’ poem The Melting of the Ice on the Ulea River, which is marked by a particularly patriotic fervor; “I was born free and free will I die”, each piece performed as an accompaniment to a tableau depicting episodes from Finnish history. 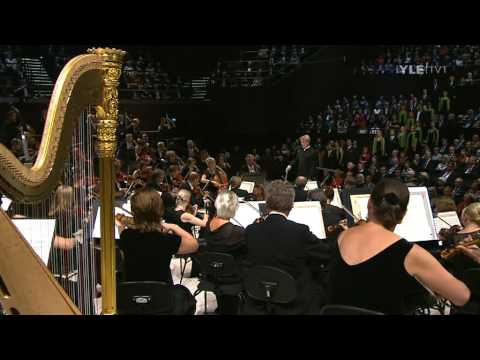 Symphonic poem music “Mazeppa, S. 100” was composed by Hungarian composer Franz Liszt in 1851. It is the sixth in the cycle of thirteen tone poems written during his time in Weimar and one of the most technically difficult pieces in the repertoire for piano.

It was inspired by the legend of Ivan Mazeppa, who had a love affair with a married Polish princess. When the husband found out about the affair as punishment he had Mazeppa stripped of his clothes and tied to a horse that carried him to Ukraine, Mazeppa survived and was found by Cossasks, which later made him Hetman (military leader).

Mazepa also had inspired Lord Byron for his 1819 poem Mazeppa and Victor Hugo in Les Orientales. All the works are part of the cultural legacy of Mazeppa.

The work is based on the poem “Don Juan” by Nikolaus Lenau, from which much of the musical work’s passion is drawn. R.Strauss wrote the piece when he was only twenty-four years old in 1888 and conducted its premiere on 11 November 1889 with the orchestra of the Weimar Opera, where he served as Court Kapellmeister.

It became an international success shortly after its debut. It marks the discovery of the composer’s formal style and tonal language.

Czech Antonín Dvořák wrote his symphonic poem The Noon Witch (Czech: Polednice), Op. 108, B. 196, in 1896 after his return to his native Bohemia from the United States. It is one of a set of late orchestral works inspired by national themes.

This poem was inspired by the Karel Jaromír Erben poem Polednice from the collection Kytice which is based on the noon demon “Lady Midday” of Slavic mythology (a demon from Slavic mythology who haunted cultivated fields, causing sickness to everyone who meets her). 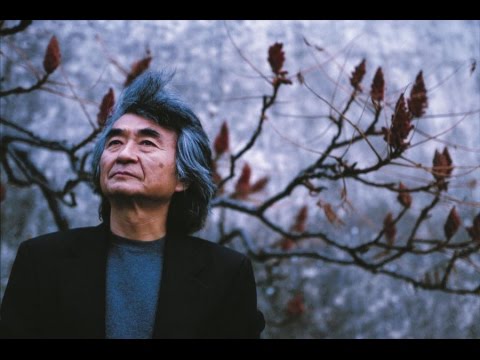 ‘Romeo and Juliet’ is styled as a Fantasy Overture for Orchestra, but is actually a symphonic poem in sonata form.

Numerous composers have responded to Shakespeare’s timeless drama of forbidden and youthful love, but Tchaikovsky’s response (along with Berlioz’s and Prokofiev’s) is at the top of the list. Russian composer Tchaikovsky wrote this poem in 1869, based on as the title suggests, the famous Shakespeare play.’ 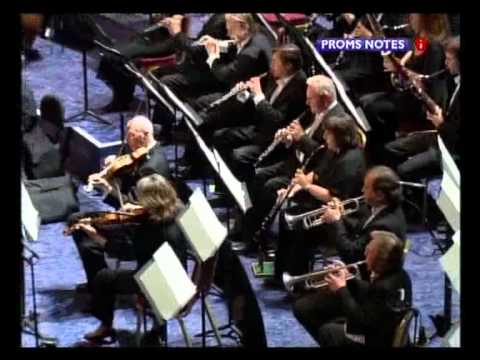 Known as “The Hebrides”, an island chain in the north of Scotland famous for its inhospitable climate, was composed between 1829 and 1932 by Felix Mendelssohn. It was inspired by one of Mendelssohn’s trips to the British Isles, specifically an 1829 excursion to the Scottish island of Staffa. The work is often referred to as “Fingal’s Cave”, in reference to Fingal a mythical character from Ossians Poems, a collection of 3rd-century poems and songs attributed to the bard Ossian. 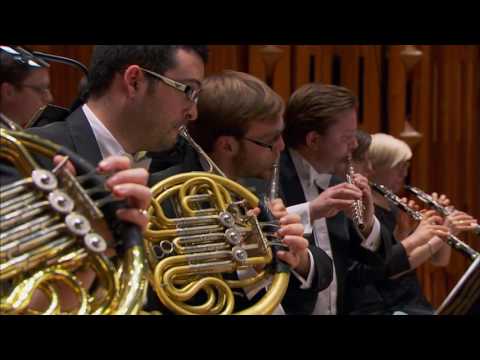 Rimsky Korsakov’s Scheherazade is a symphony poem from persia based on pictures from One Thousand and One Nights (the Arabian Nights), It is itself a story about a storyteller “Scheherazade “, The Sultan Shahriar’s wife. Shahriar, convinced of infidelity of all women, wanted to slay each of his wives after the first night , so Scheherazade  tried to save her self through telling him stories.  The poem contains some of Scheherazade’s stories.

Tone poem music “The Moldau” is the second and the most popular of six works comprising Bedrich Smetana’s collection of symphonic poems assembled under the title Má Vlast (My Homeland) composed in the late 1870s as depictions of his native Bohemia. This poem is a sequence of scenes describes the sounds of one of Bohemia’s great rivers “Vltava”, generally known outside the Czech lands by its German name, Moldau, not least because Smetana himself was a German-speaking Czech. However, Smetana adapted the melody from an Italian Renaissance tune, La Mantovana. 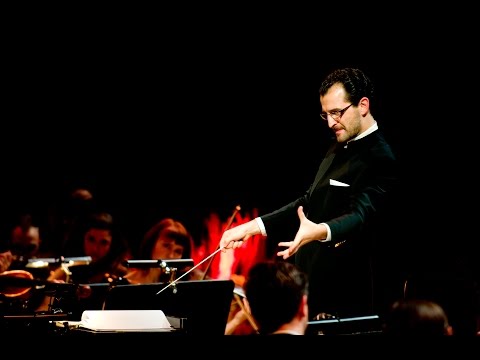