A child prodigy who has made the jump to full classical stardom. Her unbelievable accomplishments has made international classical music media sit up. You will enjoy this glimpse of the young girl’s exceptional early talent, Alma Deutscher. Just 15 years old, A world-class composer and she performs her original compositions including an opera called Cinderella: what a star!

Before we talk about her works and Cinderella opera, let’s know more about Alma.

Who is Alma Deutscher?

Alma Deutscher is one of the most gifted musical talents of her generation, lauded by Zubin Mehta and Simon Rattle. A composer, violinist, and pianist, Alma started playing the piano when she was two years old and the violin when she was three and was playing Handel sonatas within a year, before moving on to her own compositions at the age of four.

She has performed all over Europe, in China and Japan, and in the United States. As well as being a talented pianist and violinist. This young girl is an accomplished composer of classical sonatas, piano and violin concertos, and operas. Her music oscillates between a certain classicism and a passionate romanticism reminiscent.

Alma received the European Culture Prize in a ceremony at the Vienna State Opera. On October 12, 2019, she received the Beijing Music Festival’s Young Musician Award 2019.

She has met, and played to, a roll call of music greats including pianist Murray Perahia, conductor Zubin Mehta and violinist Anne-Sophie Mutter. She is currently playing a priceless Guarneri del Gesù instrument on loan.

Alma was born in Oxford in 2005 and she lives in Surrey, England with her parents, Guy and Janie, and younger sister, Helen. Her Israeli-born father is a highly regarded linguist and amateur flautist, while her mother is a scholar of medieval English literature.

While her parents used to play instruments with her at home, Mr Deutscher admitted they had given up several years ago after her talents far outstripped theirs.

Alma is home-schooled and fills her time practicing her violin or her piano while most other subjects are taught by her parents. She also jumps ropes and meets up with other children for activities, such as ballet, swimming.

She says: ‘I think that I learn at home in one hour what it would take at school five hours to learn’.

Alma first gained international attention in 2012 after a family friend posted a tweet comparing her to Mozart. So, Now she is being recognized by some as “Little Miss Mozart”. However, she replied to people who are comparing her to Mozart: “Of course, I love Mozart, and I would love him to be my teacher, but I think I would prefer to be the first Alma than to be the second Mozart.”

Alma’s YouTube channel features clips of her playing her own compositions and works by famous composers.

Who have had most influence on Alma’s work?

In an interview, Alma answered the question who have had most influence on her work?

She said: “Schubert, I love Schubert, and of course Mozart, and Tchaikovsky — and for counterpoint and that sort of stuff, Bach,”

Her musical compositions have been criticized as “unmodern.” It seems that she does not engage with the music of our time, and that her musical tastes seem to stall around 1900! She is not a fan of jazz or pop, as well.

Alma is A true example of a child prodigy, the young composer could pick out tunes on the piano at the age of three, and began composing by age four. she learned how to notate at five. At six she made her own sonata; at seven a short opera based on a Neil Gaiman story for a competition.

She has also made appearances on 60 Minutes and the Ellen Degeneres Show, where She could improvise an original piano sonata by four random notes.

Alma has written numerous works for the violin, piano, orchestra, and tow operas: Cinderella, and The sweeper of dreams (a mini opera)…. This young star has proved that talent definitely supersedes age.

Alma said about this waltz: “Some people told me that melodies are no longer acceptable in serious classical music. Because in the twenty-first century, music must reflect the ugliness of the modern world. Well, in this waltz, instead of trying to make my music artificially ugly in order to reflect the modern world. I went in exactly the opposite direction!. I took some ugly sounds from the modern world – and I tried to turn them into something more beautiful through music.”

Alma said about how she gets musical inspiration for her Cinderella opera: “quite a few of my melodies and themes for this opera came while I was skipping”.
She composed Cinderella opera between the ages of 8-12 (2013-2017). She has cleverly tweaked the story to make Cinderella a composer “like her” and the prince a poet, setting it in an opera house run by the wicked stepmother. So Cinderella finds a poem that the prince has written and is inspired to put it to music.
There was no giant pumpkin in the opera, nor did the prince find Cinderella’s lost shoe, like in more famous versions of the tale. Instead, Cinderella sets one of the 18th-century galant’s poems to music and sings it at the ball, leaving before midnight. The prince then searches the kingdom not for a foot to fit a glass slipper, but for the melody he heard but can’t quite remember.
The opera is a full-length opera (two-and-a-half hours long), and the musical score runs to 237 pages, drawing heavily on the simplicity and immediacy of the 18th-century galant style.

How do Alma draw inspiration for her music?

Getting the melodies is actually extremely easy for Alma. It comes to her while she’s falling asleep or sitting at the piano improvising or playing with her skipping rope. But then, she gets down to the serious hard work of turning her melody into a musical composition and developing it.

She says: “Lots of people think the difficult part of composing is actually to get the idea. But actually, that just comes to me. The difficult bit is then to sit down with that idea and to develop it. To combine it with other ideas in a coherent way.” 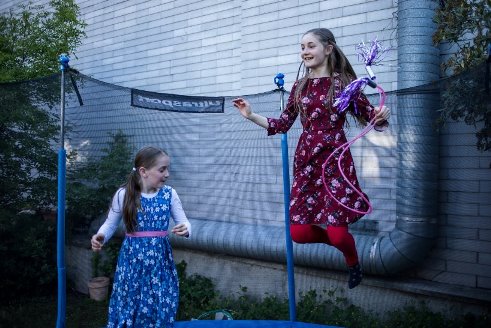 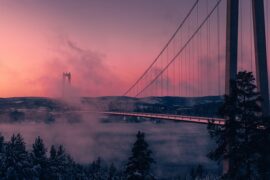