Here is a list with some of the most bizarre unusual musical instruments ever created, including some you probably never heard of before:

This hybrid produces a sound somewhere between strings and brass. The sound created by bowing the strings came out of the brass horn instead of via a traditional wooden body. It exists since the beginning of the 20 century, but is extremely rare. This one in the video is new, hand-made, where Sounds like a mix between a cello and brass horn. 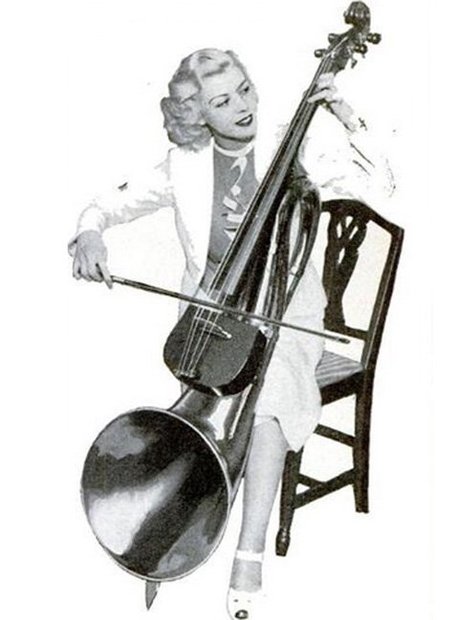 Yaybahar is an electric-free, totally acoustic instrument designed by Gorkem Sen. The vibrations from the strings are transmitted via the coiled springs to the frame drums. These vibrations are turned into sound by the membranes which echo back and forth on the coiled springs. This results in an unique listening experience with an hypnotic surround sound.

What you hear in the video is captured in realtime without any additional effects and with no post audio processing.

The Great Stalacpipe Organ is located deep in an underground cave in Virginia , was completed in 1956 after three years of work by Leland W. Sprinkle. It works by tapping on ancient stalactites with rubber mallets, all connected to a console that looks like a traditional organ. One of the popular stories surrounding the invention of the organ says that Sprinkle got the idea when his son hit his head on one of the stalactites, producing a low, vibrating hum from the cave.

listen to Moonlight Sonata played on The Great Stalacpipe Organ:

musician William Close holds the world record for the longest stringed instrument, a device he invented and has played around the world called the Earth Harp, with strings that extend up to 1,000 feet in length. How does the Earth Harp work? The Earth Harp is played using violin resin on cotton gloves and musical bows. The performer’s hands are run along the strings to created beautiful cello like tones.

It’s actually a gargantuan pin-barrel harp that contains 11 cylinders, and the pins strike internal strings as they rotate, was invented by Henry Dagg. It’s played by a mechanical memory, which allows anyone to create or alter their own music, and play it either forwards or backwards.