Althought Argentine composer Astor Piazzolla’s works revolutionized the traditional tango into a new style termed nuevo tango, incorporating elements from jazz and classical music. Oblivion is one of  his most traditional tangos, less jazzy and Bartókian than his other widely circulated compositions (like Libertango).ِ It was written in 1982 and became widely known when used in the soundtrack of Mario Bellocchio’s film, Enricho IV, the Mad King.

This short piece conjures up a complex mix of emotions which cannot be put into words. It has been recorded for different combinations of instruments, including guitar like guitarist Nadja Kossinskaja who did a nice arrangement for this piece with a beautiful sensation.

In addition to performing as a solo artist or in a duo, Nadja has been a soloist with several symphony orchestras.

Astor Piazzolla (March 11, 1921 – July 4, 1992) was an Argentine tango composer and bandoneón player. His oeuvre revolutionized the traditional tango into a new style termed nuevo tango, incorporating elements from jazz and classical music. A virtuoso bandoneónist, he regularly performed his own compositions with different ensembles.

Astor Piazzolla was the most important tango composer during the second half of the twentieth century. He studied harmony and classical music with French composer and conductor Nadia Boulanger. In his youth, he made orchestral arrangements for composer Aníbal Troilo’s works.

ِAfter returning from New York, Piazzolla showed strong influence of Jazz in his music, and create a new style “Tango Nuevo”, but when he began making changes to tango music, he was widely subjected to criticism from older tango musicians who described him as “traitor” and his music as ” not really tango”. However Piazzolla told them that “It is modern Buenos Aires’s music”. 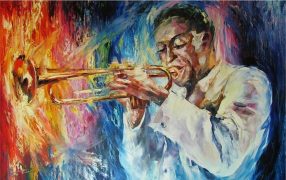 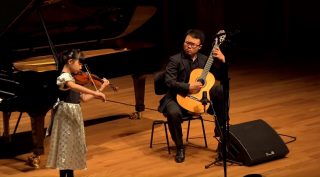