French-Syrian composer and singer Abed Azrie has brought new life to the Sumerian Epic of Gilgamesh with his unique music and voice. Here, The text is sung in Arabic instead of extinct Akkadian, The language that the tablets of the epic of Gilgamesh were written in.

Also listen: Song “The Epic Of Gilgamesh” In Sumerian language on Sumerian lute

Ancient Mesopotamia’s most famous work dates back to 2500 B.C. and tells the story of a tragic friendship and a quest for immortality.

The Epic of Gilgamesh, the oldest great work of world literature, did not originate in a specific environment, at a certain age or within a single nation, but arose from the Sumerian mythology and has spread over Babylon and Assyria, and has found its way to the Middle East within more than a millennium.

It is primarily the story of a friendship between Gilgamesh and Enkidu that arises first from a rivalry, strengthens in danger, deepens in common heroic deeds, and finally dissolves painfully in death of Enkidu. It is also the topic of exorbitance of the heroic figures (Gilgamesh and Enkidu) who, hasting from victory to victory, do not know how to control themselves, and thus offend the gods.

This sacrilegious arrogance results in punishment and death: in the heart of the survivor (Gilgamesh), the fear of death turns into an unbearable anguish of the human being, who is suddenly aware of the uncertainty of life. His desperate search for the secret of immortality is in vain: all attempts to find immortality throw him even deeper into despair until the day on which he is returning from a long odyssey, eventually finding peace and wisdom. 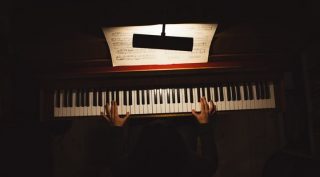