“On the nature of daylight” is a well-known song from max Richter’s 2004 landmark album “The Blue Notebooks”. The album was a protest record against the Iraq War using music as an externalized meditation on violence.

Max Richter: On the nature of daylight song in movies

If you’re a film fan, certainly you’ve heard Max Richter’s On the nature of daylight few times. This composition has been extensively used in cinema. It appeared in “Stranger than Fiction” (2006); “Disconnect” (2012); “The Face of an Angel” (2014); “The Innocents” (2016), the documentary “Jiro Dreams of Sushi”; and in most prominently “Arrival” (2016). It is also used on the soundtrack of Martin Scorsese’s 2010 film, Shutter Island (2010), in its original form and remixed with Dinah Washington’s vocals from her 1960 hit “This Bitter Earth”. In addition, It has been used in the Hulu Original TV series Castle Rock during the ending scene of the episode “The Queen” following into the credits.

In honor of the 15th Anniversary reissue of Max Richter’s album “The Blue Notebooks”, A short touching movie by director George Belfield (video above), featuring an arresting performance by Elisabeth Moss, has been created for Richter’s music “on the nature of daylight”. The film is showing a women walking down street after street, she looks impervious, unbothered. When she became alone, she starts to tear up and she finally breaks down, but she goes back to her initial state, right before going back up to the streets, to the public eye.

Richter’s music takes on new depth in this film, which has a message that: “The cover might look fine but the story inside the book might be darker than it looks”.
Everyone you meet is fighting a battle you know nothing about, but he shoulders his burdens of suffering and still moves uphill in life, so be kind to people.

However, Moss was always Richter’s “biggest fan”. She said that “My work has been inspired by his music for so many years and not a day goes by on set where I don’t have Max’s music playing in my ears before a take.”

Richter also composes music for stage, opera, ballet and screen. He has also collaborated with other musicians, as well as with performance, installation and media artists. He has recorded eight solo albums and his music is widely used in cinema. Richer has another great album named “Recomposed by Max Richter: Vivaldi – The Four Seasons” you should listen to.

Greatest symphony music melodies From Mozart to Dvořák and Beethoven Classical music has a special charm that can have a… .

Complete nocturnes chopin list with facts and videos The nocturnes of Chopin are at the root of the… . 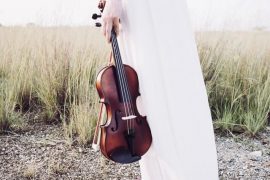 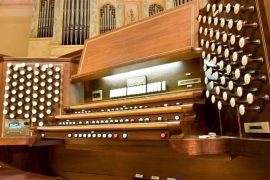