Sheila Blanco is jazz singer, Spanish journalist and teacher of the contestants of ‘La Voz Kids’. She has worked with artists such as Alejandro Sanz, Raphael, Rosa López or Daniel Diges. Blanco has already achieved a hit in July 2019 with her parody “Trifachito”, her version of “Despacito” by Daddy Yankee and Luis Fonsi that created controversy because her version’s lyrics were touching political issues in spain.

Blanco has released new album “‘Cantando a las poetas del 27′”(Singing to the poets of 27) on Saturday, January 18, at the Cultural Center of Spain in Mexico.

One of the greatest composers of all time, Bach is a German baroque composer, born in the XVII. He was a well-known organist, but gained fame as a composer only after his death. He wrote hundreds of pieces for organ, choir, as well as many other instruments.

Perhaps what had never been happened before is that a work by Johann Sebastian Bach serves as a basis for a song to review his long musical and personal career. Well, Sheila Blanco has achieved a great success on social media with her video over a minute and a half. She summarizes, highlights, sings about Bach’s life and works. The ‘Badinerie’ as it had never been heard before!

In this wonderful “Badinerie”, Sheila Blanco highlights several works by J.S.Bach such us The St Matthew Passion, the Goldberg Variations and the Brandenburg Concertos. She is telling us about the importance of Bach’s works in history, even parts of his personal life, such as his twenty-two children and how his works were buried then rediscovered later.

Less than three days after its release, her video on twitter has been seen more than 2 million times,  along with more than 31,000 retweets and 81,000 likes. It has also received thousands of responses praising Sheila’s work and her mission to make Bach more famous. In her video, Blanco expresses her faith in the great composer.

She wrote on her Twitter’s post ” ‘Bach is God’, I think so and I sing it that way. Here you have the precious ‘Badinerie’ of Johann Sebastian Bach with a letter that I have told him about his tremendous life.”

Sheila says: “don’t waste your time and go enjoy, if there was ever a god, It was Johann Sebastián Bach.”

In the 20th century this last movement “Badinerie” from Johann Sebastian Bach’s Orchestral Suite No. 2 in B minor, BWV 1067, has become one of the most famous show-pieces for solo flutists because of its quick pace and difficulty.

It is also often heard as a mobile phone ringtone, since it became one of the favorite Bach ringtones on the first polyphonic models by Nokia.

The term “badinerie” (literally “jesting” in French – in other works Bach used the Italian word with the same meaning, “Scherzo“) arose during the 18th century, when this brief and lively dance was first included as a movement in the Baroque suite.

The term “Scherzo” frequently refers to a fast-moving humorous composition which may or may not be part of a larger work.

How did Sheila Blanco draw inspiration of this song?

Blanco said “I had to do something for my Wednesday music section on La Ventana radio, so I looked for news on that day. That night, in Madrid, singer Noa performed version of Bach’s Badinerie with English lyrics she had written. To modernize her work. I decided to use a baroque sound and tell the story of Bach, which is obviously one of my favorite composers, ”

Also watch: This 90-year old couple play Bach together will stun you! 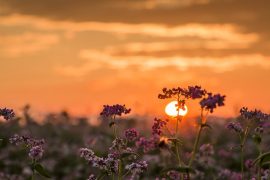 Classical Relaxation Enjoy listening to this collection of the most beautiful and… .

When you talk about composition
There are many composers who deserve a program:
Mozart, Beethoven, Chopin, Debussy
they are all unrepeatable
but there is one that is second to none
because his musical legacy is colossal.
It’s baroque, lavish, spiritual, indescribable,
It’s the music of God: Johann Sebastian Bach.

If you went to Mars to live
Take with you ‘The Passion of St. Matthew’, if you need to relax and flow,
listen to the Goldberg Variations
and the Brandenburg concerts,
don’t forget Suite no. 2 in C minor ,
that catches you, subjugates you,
enlightens you, sublimates you, hallucinates you
finishing with this badinerie. What a curious uncle Mr. Bach was!
The whole day composes and composes!
But the thing doesn’t end there, no, no!
besides composing and 20 having children
He was a singer, harpsichordist, violinist, organist,
and violist and German and Lutheran.

But the craziest thing in his history
is that after J.S. died
his immense legacy, was buried
and Felix Mendelssohn had to arrive
to enforce the work of Johann Sebastián Bach,
and build, almost from scratch, its reputation.

It was born more than 3 centuries ago
and his works are heard every day,
What would Bach have done with a good instagram?
If in the XVII there had been internet,
Bach tweeting his little partitas, more tweets than Rosalía
and with his white youtuber wig.

If you are tired of reggaeton,
listen to Bach and pay attention,
in his eighth and sixteenth notes
is the story of our Humanity
don’t waste your time and go enjoy
if there was ever a god
It was Johann Sebastián Bach.

There is an english version also of Bach’s Badinerie by singer Noa.