The oldest surviving melody in the world was discovered on a clay tablet with cuneiform text (the ancient Hurrian language) in the Royal Palace of Ugarit (modern-day Ras Shamra, Syria) in the 1950s, containing a Hurrian Hymn which is dedicated the moon god’s wife, Nikkal. In addition to the instructions for the melody to be played on a type of harp called a sammûm.

Also listen: Song “The Epic Of Gilgamesh” In Sumerian language on Sumerian lute

Although several clay tablet fragments were also discovered at Ugarit, only this text, (Hurrian hymn No. 6), was in a sufficient state of preservation to allow for modern academic musical reconstruction.

This Hymn is estimated to be more than 3400 years old, and the text that was analyzed from it was a musical arrangement for lyre strings – kind of like an ancient guitar tab, but, the name of the composer is lost.

However, one academic has come up with this rendering of Hymn lyrics:

“Once I have endeared the deity, she will love me in her heart,

the offer I bring may wholly cover my sin, 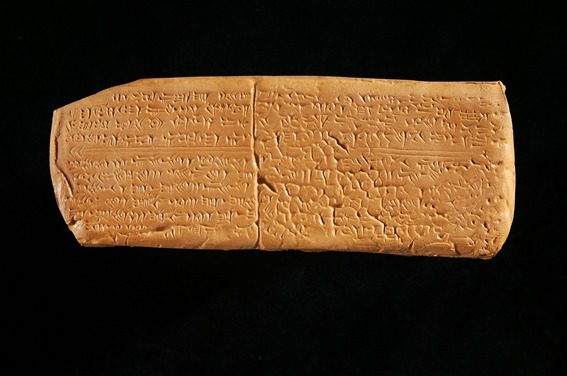 In the video, Michael Levy’s arrangement which is based on the original transcription of the melody, as interpreted by Prof. Richard Dumbrill. He plays this The hymn on a replica of an ancient lyre that he made.