Overtone singing is a voice technique where it seems like one person Singing two notes at once.

Human voice is very interesting, According to Ingo Titze, director of the National Center for Voice and Speech at the University of Utah, It is nearly impossible to make a musical instrument that generates the exact same vibrations as in human vocal cords.

German singer Anna-Maria Hefele shares her ability to overtone sing (apparently it’s possible when the singer sustains a low note while simultaneously singing a high-pitched scale, but we’re calling witchcraft on this one). Anna-Maria explains more in The video.

You can watch another video about overtone singing. This time the man is performing Pachelbel’s Canon, by singing two notes at the same time here.

This proofs the possibility of polyphonic overtone singing art. Sometimes referred to as throat singing and it is used in some new classical compositions.

If you heard songs from Mongolia before, you may feel this is a bit familiar. The overtone singing is used in many countries and Mongolia is considered the origin country for it. Those countries include Mongolia, Japan, Pakistan, Iran, Tibet, Tuva and others.

When you hear the sound in these videos, it seems like there is another person saying “zzzzz”. This is because zzzzz is one of the most basic sounds by our human vocal cords.

Also watch: Isaac and Nora, melt the hearts with their performing of a traditional Cuban song “Veinte Años” 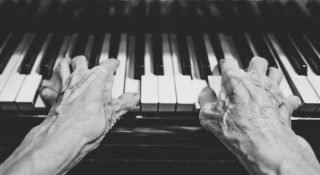